If Cartoon Characters Were Drawn By Other Artists 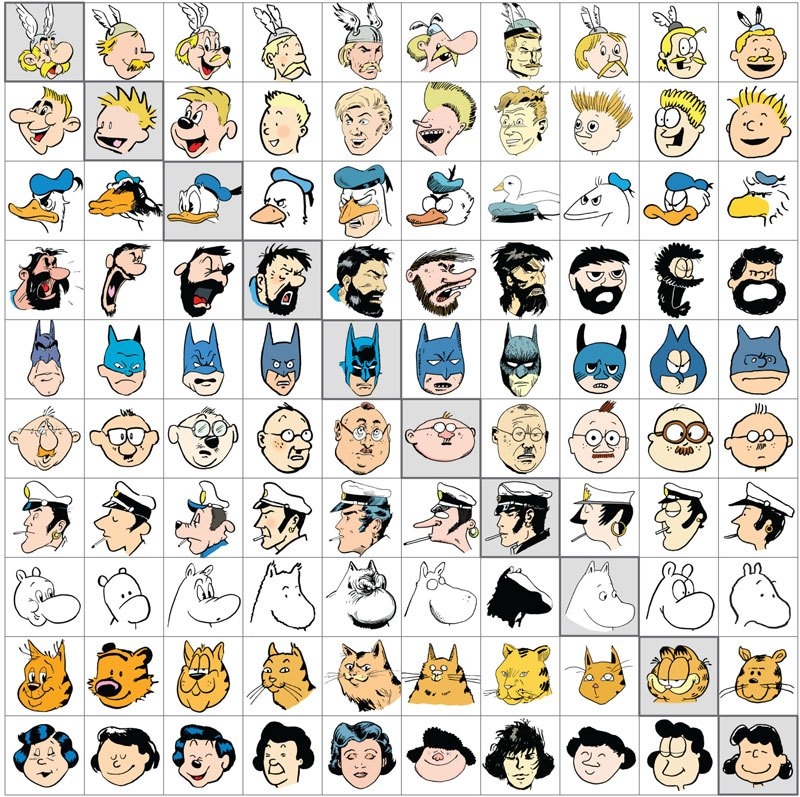 Albert Uderzo, Neil Adams, and Jim Davis. You might not recognize any of these names but if you watch cartoons or read comics you are most likely familiar with their work. These guys are the illustrators behind some of the most famous comic book characters and most people will instantly recognize their style. But have you ever wondered what some of those characters would look like if drawn by someone else? Artist Jaaklo Seppala might have figured it out. His drawing of 10 iconic cartoon characters drawn in 10 different styles is on point. The drawing in the grey tile shows the character’s original design while the ones in the white tiles are different variations drawn in the style of the other characters. In case you don’t recognize all of them, here’s a list of all the characters from top to bottom: Asterix, drawn by Albert Uderzo Calvin from Calvin & Hobbes by Bill Watterson Disney’s Donald Duck Captain Haddock from Adventures of Tintin by Hergé Batman by Neil Adams Fingerpori by Pertti Jarla Corto Maltese by Hugo Pratt Moomin by Tove Jansson Garfield by Jim Davis Lucy from Peanuts by Charles Schulz.